This a space fantasy adventure hack of the Ennies-award winning Tunnel Goons, as my entry for Goon Jam.

Added as part of #StarJam

Bits and pieces of this game has now been used to develop my latest game, A Goon's Guide to the Galaxy. It's a more robust and streamlined version of this game, so please enjoy and support that game too!

GALAXY GOONS is a rules-lite space fantasy RPG that is a hack of Tunnel Goons. You play as a galaxy goon, a down-on-your-luck space adventurer that probably won't survive very long. I am amazed by how much the author managed to fit on 5 A5 pages; which contains a complete rule set, as well as setting the tone for the lethal-yet-quirky space adventures. I love how there is always 3 or 6 of everything, which just feels very neat. By describing both the goons and the galaxy in three adjectives, there was enough to create an image in the readers' mind, but also plenty of room for the players to expand upon. Similarly, the goons have three aspects and three items on them, which provides enough to help a player create a backstory but not too much that would hamper the player's creativity. The 6 guidelines on playing a goon is also elegantly written, giving the players a sense of what it is like to be a galaxy goon. It has been a fun read, and I would like to play it at some point.

Thank you for the wonderful words! Please do let us know when you finally get to try the game! 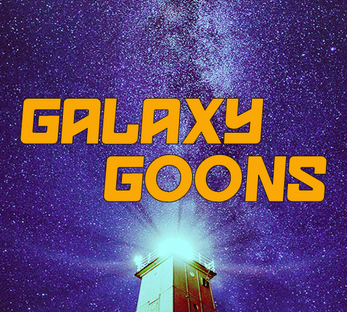 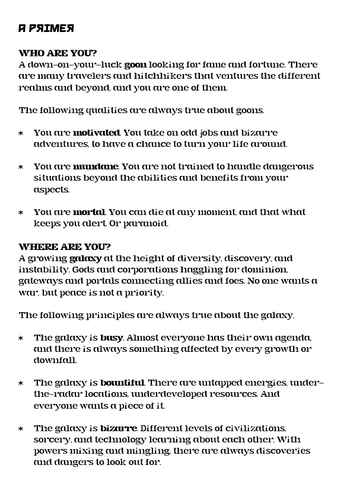 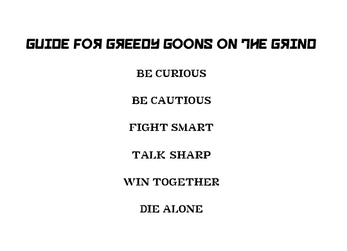